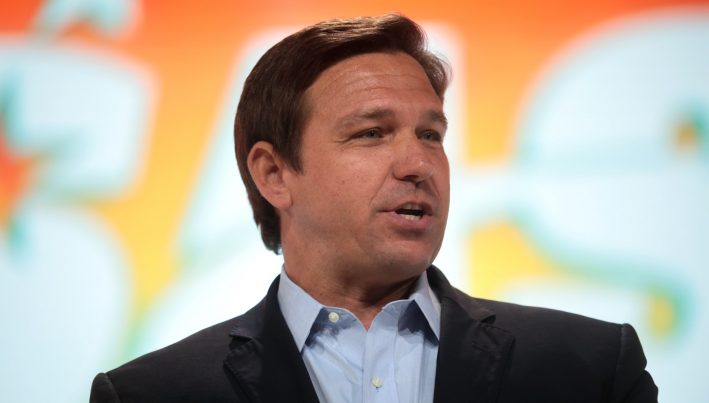 “Educated” podcast hosts Katie Petrick and David Fiorazo commended Florida Gov. Ron DeSantis for wanting to have a full understanding of the operational expenses of state institutions in the name of accountability and promotion of real education.

DeSantis recently demanded information from the Department of Education and the state university system on the expenditure of Florida’s resources on programs and initiatives related to diversity, equity and inclusion (DEI) and critical race theory within the Sunshine State’s colleges and universities.

But this doesn’t mean that DeSantis has problems with Florida’s education system. He’s actually proud of it.

Still, DeSantis called on Floridians to ensure school systems are responsive to parents and students, not partisan interest groups. He also emphasized that institutions of higher learning should be focused on academic excellence and the pursuit of truth, not the imposition of trendy ideology.

“Florida must always be a great place to raise a family. We will enact more family-friendly policies to make it easier to raise children and we will defend our children against those who seek to rob them of their innocence,” he assured the public.

Meanwhile, the “Educated” hosts also touched on how the “woke” programs of colleges and universities employed redundant positions for the programs funded by the state taxpayers.

DailyWire reported that for each initiative as stated in the memo, university administrators were told to include a brief description of the program, the number of staff positions associated with the program, the total funding used to support the program, and the portion of the funding that came from taxpayer dollars.

Fiorazo noted that these states are all “blue.”

For decades, higher education seekers fight hard to enter a college that would look good on their resumes. But now, as companies are influenced by “woke” ideologies, a company named HR&A Advisors is asking job applicants to keep their colleges off resumes in the name of equity, according to the New York Post.

A LinkedIn posting by the TriBeCa-based real estate consultancy asked applicants for the $121,668- to $138,432-a-year position to remove “all undergraduate and graduate school name references” from their resumes and only cite the degree itself, a part of their “ongoing work to build a hiring system that is free from bias and based on candidate merit and performance.”

“I got a degree in marketing. You don’t say where that marketing degree came from. Maybe you just made it up, because apparently, they don’t care a whole lot. Even the elites now, Harvards and Stanfords of the world, they don’t require SATs. The American Bar Association is dropping the LSATs,” Petrick said.

Check out Wokies.news for more stories related to “woke” ideologies.

Watch the full episode of “Educated” with Katie Petrick and David Fiorazo below.

This video is from the FreedomProject Media channel on Brighteon.com.

Parents take action against Westport, Ct., school board for indoctrinating their children into Marxism.