DC Mayor Muriel Bowser is calling foul on all the illegal aliens being bussed to her so-called “sanctuary city.”

She has been doing this for months now, as it’s clear she cannot handle mass immigration when it floods into her city. Never mind the fact that thousands of migrants are crossing the US Southern Border daily.

Bowser has routinely made headlines after she called on the national guard to help her deal with the ongoing busings of illegal aliens into her city.

The Biden administration has not stepped in to aid DC despite multiple requests, so Bowser has casted blame onto Governors Abbott and Ducey in an impressive display of “it’s not my fault, it’s the Republicans” politics.

Now, Bowser is sounding the alarms even harder, declaring a “public emergency” over migrants being bused to DC from Texas and Arizona.

Critics quickly blasted Bowser for claiming DC was a “sanctuary city” for illegals, then going bonkers when she got what she wished for.

Per a DC city council member: “The governors of Texas and Arizona have created this crisis [and] have turned us into a border town.”

Bowser has been very vocal against the Abbott-Ducey initiative since the beginning. Along with NYC Mayor Eric Adams who dubbed it as “horrific” and “unimaginable.”

Democrat leaders are proving to the nation that they can’t handle a taste of their own medicine. They are all for illegal immigration until migrants show up in their backyard.

Comments like these from Adams and Bowser would have been deemed dangerous xenophobia just a few years ago. Which just goes to show how far the corporate press is willing to go to protect the looming radical left-wing agenda that is plaguing American cities today.

Love it or hate it, the Abbott-Ducey initiative is turning out to be more than just a publicity stunt.

Bowser is resorting to all that she can: a cross-state blame game to smear Republicans instead of taking accountability for Democrat failed policy. 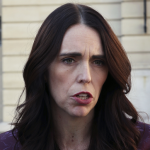